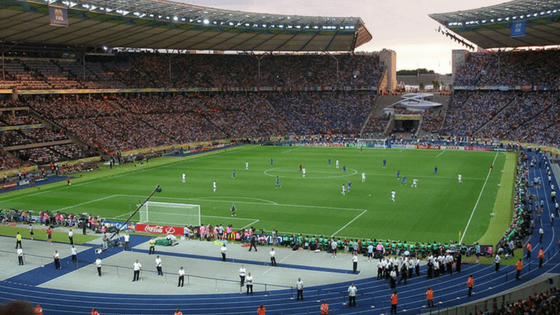 The FIFA World Cup is on in Russia. Did you watch the opening ceremony? It was fascinating, wasn’t it? What was the highlight of the ceremony for you?

What about the World Cup theme song/video. There are two that I’ve seen on YouTube, one that features Will Smith. And another by a Russian lady and a DJ. Have you seen either of them? Which of one do you prefer?

Now, I must confess that I’m not an avid football fan. When it comes to football, I’m a casual fan who would rather play an occasional match of Soap Football, 5-a-Side Football or Table Football than a real competitive game.

But since the World Cup is a global event watched by billions across the globe I can’t help getting caught up in all the excitement and spirit of it.

It’s with that in mind that I went searching for some fun facts about the World Cup. Here is an infographic with 21 World Cup fun facts.

2018 World Cup: Some Stats, Facts And Records To Ready You For The 64-Game Marathon

10 facts about the World Cup

30 facts about the FIFA World Cup

Wholesome Fun for the Family. Indoor and Outdoor games available for rent. View all posts by Fontt